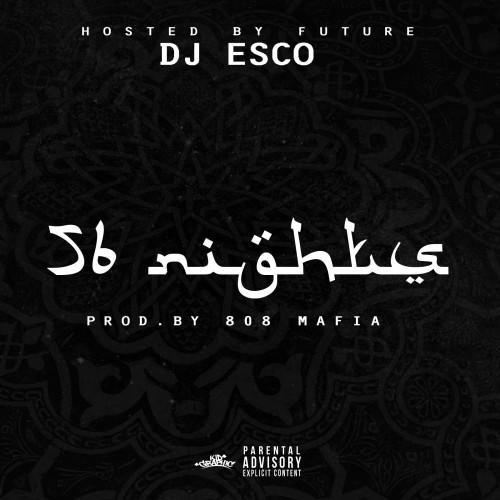 Stream DJ Esco & Future’s new surprise mixtape “56 Nights” Now on Worldwide Mixtapes! Future decides to join in on the surprise release strategy and treat fans to a brand new project called 56 Nights, which is a reference to his DJ’s (Esco) 56 day stint in a Dubai prison.

Led by the previously heard single “March Madness”, 56 Nights contains 10 new featureless tracks from Future and production from 808 Mafia’s Southside and Tarentino. Serving as the follow up to his Beast Mode mixtape, 56 Nights should hold fans over to Future drops off his newly-announced Dirty Sprite 2 mixtape. Stay tuned, more Freeband music on the way.

Don’t sleep on this mixtape!