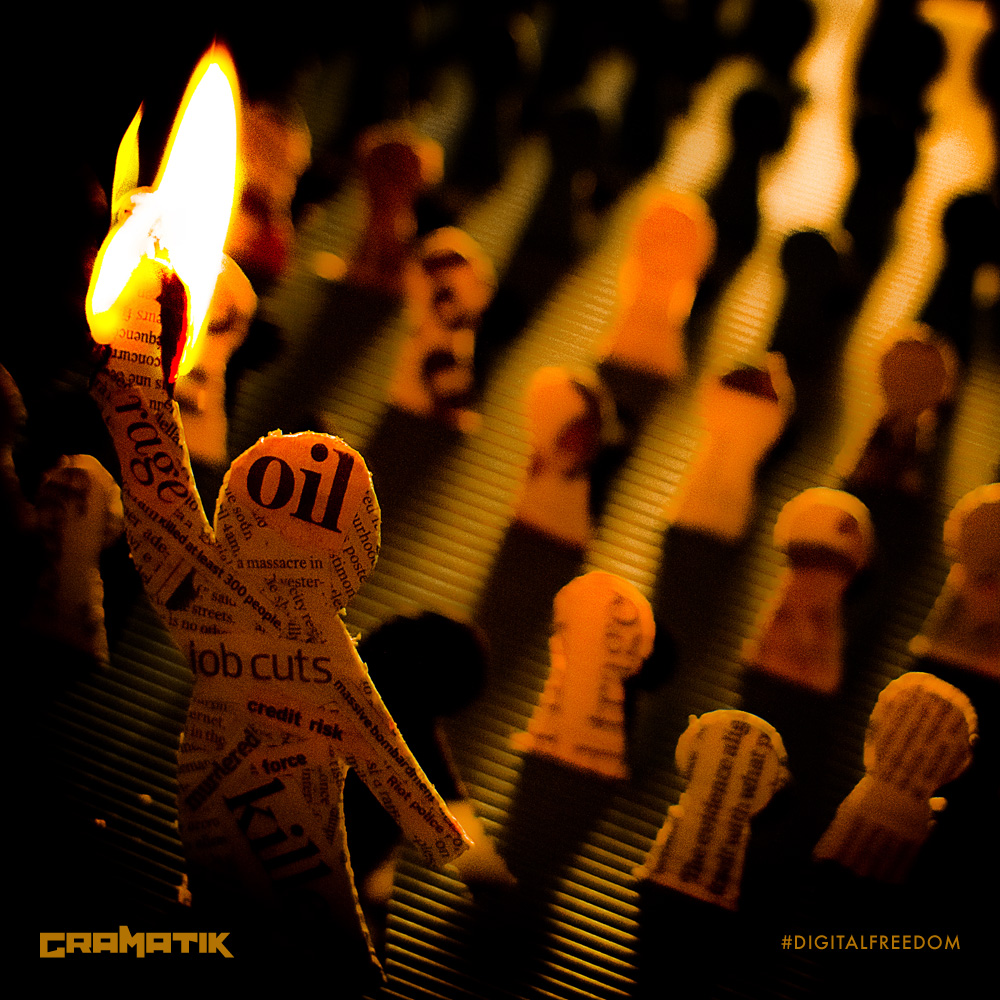 Here is what Gramatik has to say about his new EP “Digital Freedom:

BANG! Time for me to add a new EP to my discography! I think the following statement made by The Pirate Bay in January explains very well what #digitalfreedom is all about:
”Over a century ago Thomas Edison got the patent for a device which would “do for the eye what the phonograph does for the ear”. He called it the Kinetoscope. He was not only amongst the first to record video, he was also the first person to own the copyright to a motion picture.

Because of Edison’s patents for the motion pictures it was close to financially impossible to create motion pictures in the North American east coast. The movie studios therefor relocated to California, and founded what we today call Hollywood. The reason was mostly because there was no patent. There was also no copyright to speak of, so the studios could copy old stories and make movies out of them – like Fantasia, one of Disneys biggest hits ever.” #thepiratebay

So FUCK ACTA, SOPA, PIPA and any bill that wants to give corporations the power to regulate and censor the internet, especially if those same corporations built their empires solely on copyright infringement! #digitalfreedom

Also, I just wanna say one thing to those who know me only by my chilled out hip-hop beatz: don’t be scared when you hear this EP, my true fans know that I’m nothing if not versatile. Good music is larger than one genre so just open your mind, absorb the vibes and you’ll be versatile too! 😉 Don’t you just love that word? 🙂