RT-FaQ – Heir To The Throne 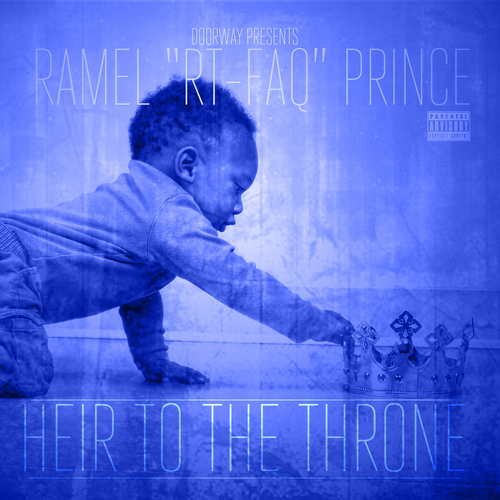 Ramel “RT-FaQ” Prince of the group Doorway of the 618 presents his album “Heir To The Throne”. In celebration of his son Royale Prince turning the age of one, he decided to release an album fully dedicated to him. It’s a concept album that brings you into the mind of a young black man during the times of a pregnancy. Also imbedded in the album are lessons that he wants his son to learn as he grows up and listens to the album later on in life. The date of birth to his son is 12/16 so RT-FaQ chose 12 tracks full of 16 bar verses and also features artists such as Veo Chillz, Whiteout, L-Gifted, SD the Dizzle Man, Trixie, H.O.S, Shotta G, Nato Caliph, Rubix, Legend Camp, Monty and special appearances of Royale’s older brother Jordin and also his mother. Heir To The Throne is an album from a “Parent” as well as an artist and should inspire all that listen.