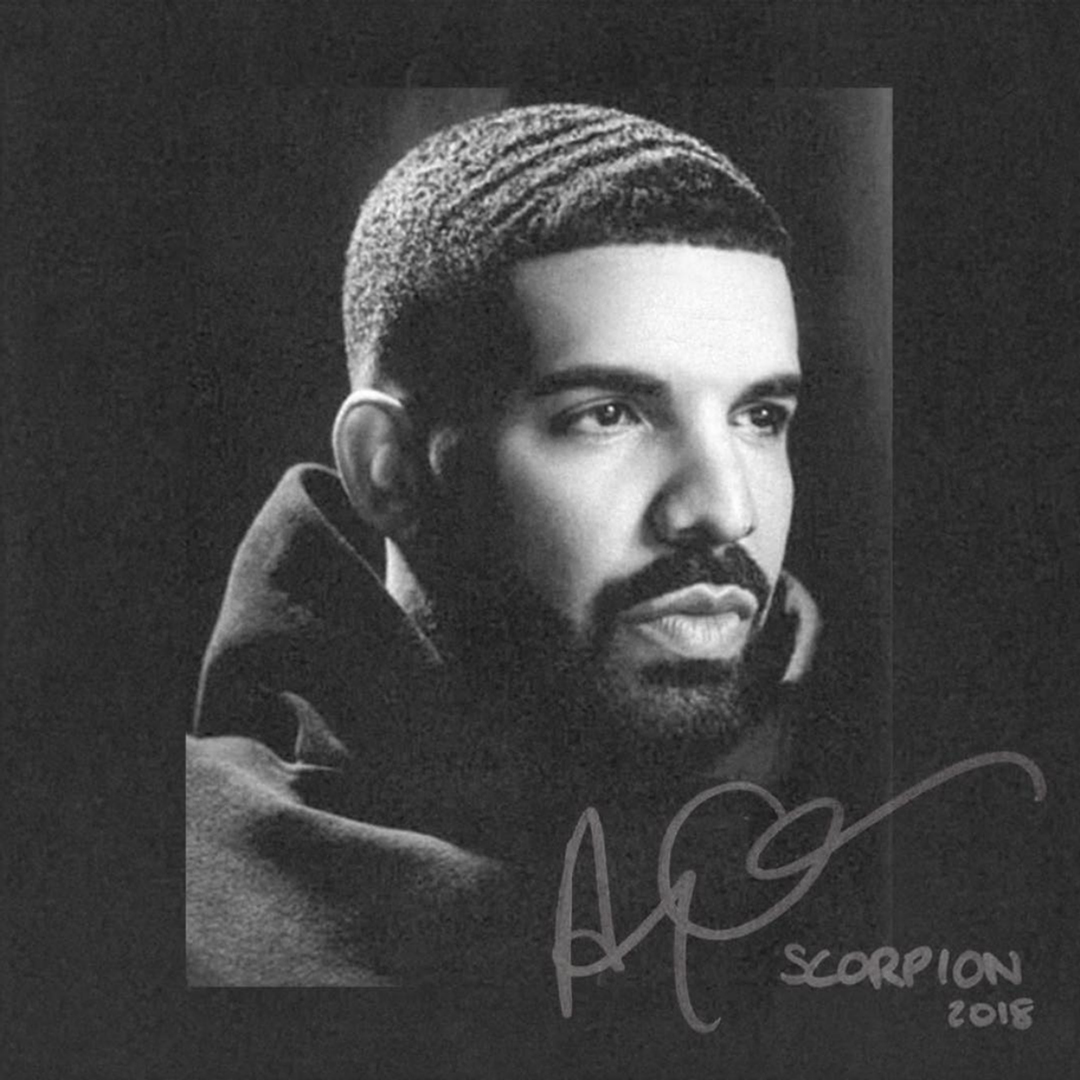 Drake’s highly anticipated 5th full length studio album, ‘Scorpion’ has arrived right on time as promised. As expected, Drake has already broken streaming records across Spotify and Apple Music, for achieving the most streams in a single day over each platform. ‘Scorpion’ has 25 songs, totaling 89 minutes in length and is split into two discs or “sides”. The A-side of the album is meant to be more rap oriented while the B-side is spent exploring Drake’s R&B side. Each genre gets equal treatment and representation yet the album doesn’t seem to suffer by dragging on too long.

‘Scorpion’ is a huge album for Drake, shattering streaming records aside; Drake uses his pedestaled platform to address and confirm rumors of him fathering a child with former adult film star, Sophie Brussaux. Drake addresses the topic multiple times across ‘Scorpion’, most notably on the tracks; “Emotionless”, and “March 14”, but if you listen closely I’m sure you’ll hear a few other references to the matter throughout. One other notable example of Drake addressing the topic of his son comes from the song, “8 Out Of 10”, where Drake fully addresses Pusha T’s, “The Story of Adidon” and “No Mistakes” by  Kanye West. He doesn’t take any serious, life threatening jabs but wants us and them to know he heard them loud and clear.

Drake pulled no punches for the features on ‘Scorpion’, including posthumous vocal performances from, Michael Jackson and Static Major in addition to guest features nothing short of amazing from Jay Z and Ty Dolla Sign. The list of production credits is ongoing including some familiar players and some unexpected; Noah “40” Shebib obviously took on executive producer, while, T-minus,  Boi1da, DJ Premier, and NO I.D. are just a few other additions credited with contributions. ‘Scorpion’ is a prolific piece of art from a very prolific figure of today’s generation. It feels like very natural territory for Drake in my opinion and it makes for a great project. I’m looking forward to growing with this album as I have with his past work. Say what you want about Drake and the drama that surrounds him; the guy makes great music for multiple moods, and occasions all the while maintaining his relatability.