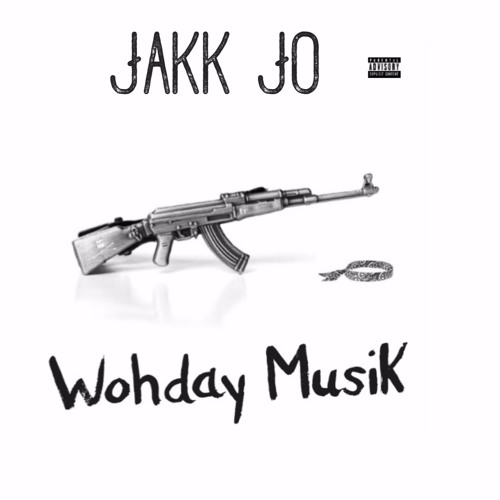 When I was growing up, No Limit & Cash Money were the major players in the New Orleans Hip Hop scene. So many years ago lol…fast forward to today, I’d like to introduce you to Jakk Jo. I haven’t heard lyrics this raw, street, and lyrical since N.O. lyricists such as Mac, Lil Wayne (Pre-rock wayne), and Soulja Slim. Jakk Jo steps up to the plate with his latest release, “Wohday Musik.”

It has the production style and vibe of a No Limit Record but with new school subject matter and a glimpse of what’s happening on the N.O. streets today. In his bio it says “Jakk Jo was surrounded by Hip-Hop at an early age since his mother was the leading lady of the Hip-Hop label, “No Limit”.” I have a feeling who it may be but I’m sure there is a reason her name is not mentioned and that Jakk Jo wants to break into the industry and get his name up on his own. I respect that. Plus his work ethic is crazy, he already has 4 mixtapes out this year, much more than most indie artists. Some can’t even put out two projects a year…smh.

Don’t sleep on this project though. It’s 14 tracks of down south New Orleans fire, and if you were a Cash Money / No Limit fan like I was, you better check it out!