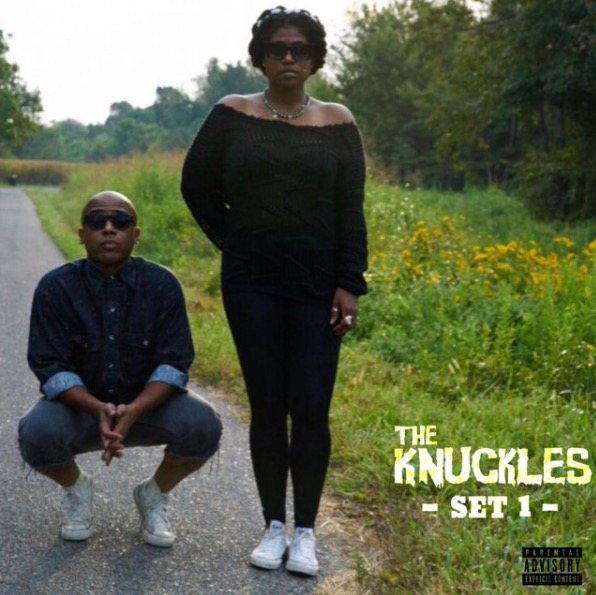 “Set 1” is an ambitious collaboration E.P. ripe with heavy bass lines, a robust selection of drums and an overall industrial vibe that reminds me of a large mysterious warehouse. The Knuckles are a hip hop/soul duo from St. Louis, Missouri featuring STL natives Rockwell Knuckles and Aloha Mi’Sho. Rockwell, or Rocky, is also known as one half of the Hip Hop group the “David Ruffin Theory“. Aloha, a solo artist that has appeared on “American Idol” and known for her own solo project, “Badd The EP“.

When I listened to this E.P. the first time around, I obviously had no idea what to expect. That being said, still I was blown away by what I heard and almost wasn’t expecting to hear what I had. Everything felt very foreign, but in a good way, it was fresh and inviting. The music is all very original and almost exotic, yet still very recognizable and familiar. I heard bits and pieces of some of my favorite artists and songs. I heard an eclectic collection of sounds and styles coming together seamlessly. Production for “Set 1” was successfully executed through the collective efforts of Trifeckta, Jackpot Hitz and Wysh N Joel as credited.

The Knuckles recently performed at this years A3C Festival in Atlanta, and are also in the process of working on an as of yet untitled project to be released in the near future. This project is an excellent showcase of both Rockwell, and Aloha’s raw talent as individuals and their genius in this collaborative new space they share. Rockwells rhymes and lyrics hit hard while Aloha, still strong yet gentle, cradles you home safely with her vocals. These two have a substantial amount of potential and range. I can only imagine how powerful of an experience they provide live. They feed off of each other’s energy in the studio enough, add a stage and audience, it surely is amplified.

Guest appearances at local shows in STL is currently where you can catch the band live.